The aim of the proposed work is to perform the experiments on LTE eNB Scheduler in the environment composed of multiple, simultaneously connected nodes. LTE eNB Scheduler isa IS-Wireless proprietary software library providing an advanced scheduling algorithm for LTE base station. It was developed within SOLDER project conducted under 7th Framework Programme and thanks to implemented FAPI interface, it can cooperate e.g. with popular LTE eNB open-source protocol stack (OpenAirInterface).The proposed work defines a set of experiments allowing not only to measure the key performance metrics of the product in various environment conditions, but also to test the product with different SDR front-end hardware.The expected results and conclusions will give a deeper insight into the capabilities of the Scheduler, and hence it will have an essential impact on the further steps of its development as well as on its positioning on the market.Additionally, the work plan of the experiments implies the verification of another IS-Wireless service-aLTErnative, which enables an easy access to the latest LTE open-source protocol stack by providing the optimization of the installation, configuration and main operations processes.The aLTErnative service is being developed within eWINE project under H2020 programme. 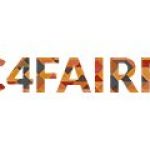 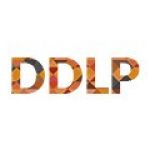