OMF (http://omf.mytestbed.net) is a generic framework which allows the definition and orchestration of experiments using shared (already provisioned) resources from different federated testbeds. OMF was originally developed for single testbed deployments, but has recently been extended to support multiple deployments and the following features. First, it provides a domain-specific language based on an event-based execution model to fully describe even complex experiments (OEDL). OMF also defines a generic resource model and concise interaction protocol (FRCP), which allows third parties to contribute new resources as well as develop new tools and mechanisms to control an experiment (as mentioned on the previous slide). It has a distributed communication infrastructure based on XMPP supporting the scalable orchestration of thousands of distributed and potentially disconnected resources.

But how does this OMF experiment control work? This is depicted on the slide. At the bottom the resources are depicted, in this case an embedded PC with several wired and wireless connections. On the OMF layer, three entities can be observed. The Aggregate Manager (AM) is responsible for the inventory, disk imaging and chassis management (powering nodes on or off when needed. The second OMF management entity is the Experiment Controller (EC). It processes a description of the experiment scenario (written in the OEDL language), and will automatically trigger the right actions at the right nodes when needed. Although it is part of the OMF management layer from a logical point of view, the EC can both be provided as a service by the testbed, and can be run locally by the experimenter on its own PC. To perform these actions at the resource, the EC will send a message to a daemon running an every resource: the Resource Controller (RC). The RC is capable of executing everything what a user could do manually on the command line. It can also make abstraction of certain commands by wrapping them in OMF commands. An example is the OMF command to change the Wi-Fi channel. Behind the curtains it will determine which wireless driver is used on the resource, and will then select the suitable set of command line commands to execute, depending on the driver. To support this messaging between EC and RC, an XMPP service is used. Hence a XMPP server is added as the third entity of the OMF control framework. The protocol used by the EC to request actions at the different RCs is FRCP.

So the experiment control is executed as follows:

It is a common misassumption that OMF and OML are the same things, while in fact they are not. OMF is the framework for provisioning and experiment control as described above. OML is an additional software suite targeting experiment monitoring. They are very often deployed together in testbeds, but this is not a strict requirement. From a logical point of view they can be considered as two separate entities. You can run OMF without running OML, and vice versa. 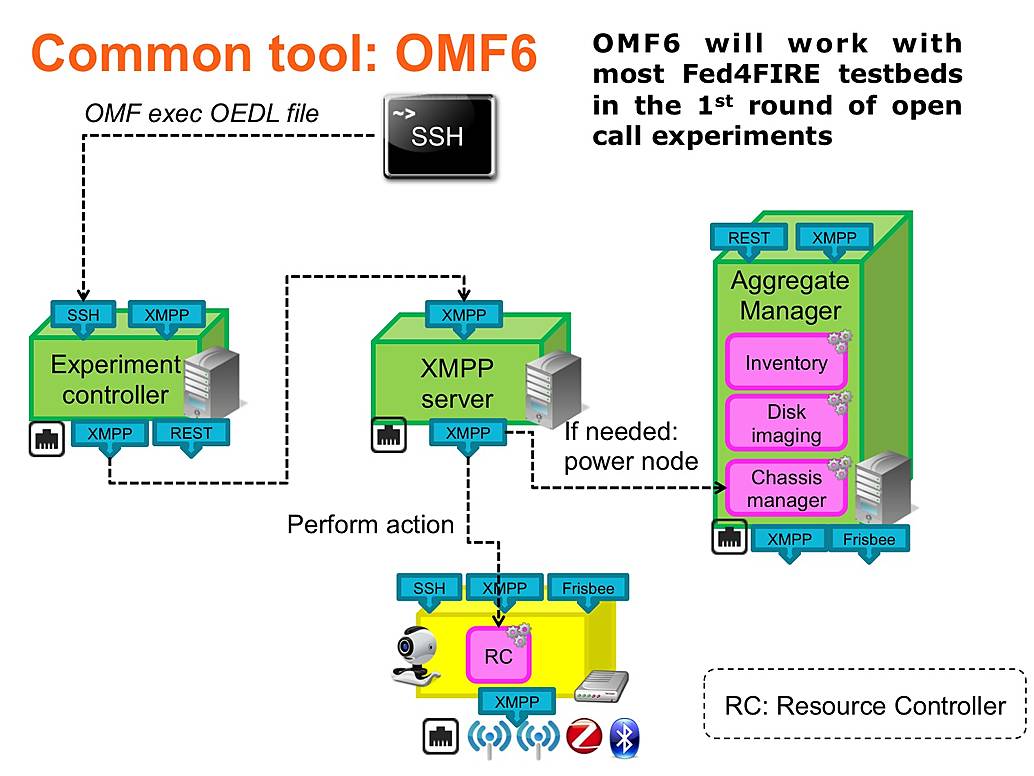 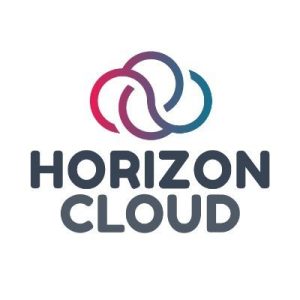 HORIZON CLOUD SUMMIT 2021 & CLOUD EXPO EUROPE ARE MOVING ONLINE! Europe is looking towards a green digital transformation to shape its future. Cloud technologies will be key enablers towards this transition that will unleash
View Calendar
Add
Latest Tweets 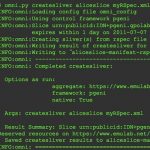 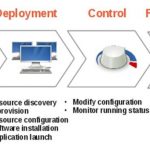