Today, there are a number of real testbeds worldwide, among which Fed4Fire testbeds are prominent in the EU, while POWDER and COSMOS are prominent in the US. This paper aims to validate inter-testbed experiments between the EU and the US by connecting a number of Fed4Fire and US testbeds as part of an NGIAtlantic.eu project. The goal is to compare the hop count, the topology formed, the maximum bandwidth permitted, and the loss and jitter that occurred between different testbeds. Additionally, Software Defined Networking (SDN) experiments between EU and US testbeds are conducted, and an edge-computing use case is developed and tested.

In computer networking, simulations are widely used to test and analyse new protocols and ideas. Currently, there are a number of open real testbeds available to test the new protocols. In the EU, for example, there are Fed4Fire testbeds, while in the US, there are POWDER and COSMOS testbeds. Several other countries, including Japan, Brazil, India, and China, have also developed next-generation testbeds. 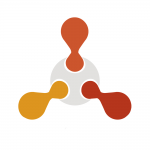 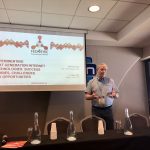