Experimenters gave their feedback, at the FEC6 Event, hosted by the National Technical University of Athens.

Rui Campos, INESC TEC, Portugal, used the testbeds for offline real-world wireless networking experimentation using ns-3 SIMBED+. He says, “The advantage is that you have an independent way to validate your solutions in non-biased testbeds. Another advantage is the single entry point to do your experiments. Finally, Fed4FIRE+ is a good way to get quick results and quick validation of your solutions, like you do in a simulation”.

Dejan Dumic, Methods2Business (SRB), Serbia, used the testbeds to look at coexistence between WiFi HaLow™ and ZigBee in Sub-GHz ISM bands. He says, “Participating in a Fed4FIRE+ project was extremely important for us. Through the Fed4FIRE+ facility, we were able to get access to the resources, so we didn’t have to install the devices in our office. Also, through the Fed4FIRE+ consortium, we were able to get some funds for the project”.

Alberto Estevez Caldas, University of Vigo, Spain, used the testbeds for dynamic MEC Orchestration of Cellular Networks in project DYNAMO. He says, “I would recommend everybody to use Fed4FIRE+ in order to create your experiments”.

Renato Lo Cigno, University of Trento, Italy, used the testbeds for a project named ‘Internet on Fire’ which explores novel global routing optimization for faster Internet convergence. He says, “The Fed4FIRE+ testbeds gave us the possibility to experiment with real software, real modifications to real protocols on a real network. We did this with an easy-to-use facility, simple interfaces and a pleasant environment to work”.

Diego Rivera, Montimage, France, used the testbeds for security monitoring for IoT and 5GMMT-IoT to detect cyberattacks. He says, “We’re really happy with the Fed4FIRE+ results because it allowed us to further develop our solution… we see an added value, not just the funding, but also for the structure of building new opportunities and collaboration between the partners”.

Watch the videos here below: 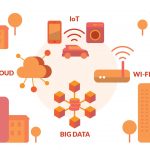 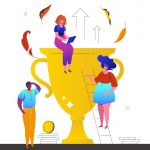