The Border Gateway Protocol (BGP) is the only Inter-AS (Autonomous System) protocol of the Internet, i.e., it is the glue that binds pieces of the Internet and keeps global communications in tune. BGP has a slow convergence: two configuration parameters (timers) have a high impact on BGP convergence speed, but there is no consensus on how to change their default value to a better one. Centrality-based networking is a new paradigm that exploits graph centrality metrics to improve the scalability of routing protocols, with a technique we called Pop-Routing [5], [9], [2]. Pop-Routing automatically tunes the frequency of the protocol messages to guarantee the optimal trade-off between overhead and convergence speed. In Infocom 2018 [5] we presented the first fully distributed, exact algorithm to compute centrality using Bellman-Ford (BF): Pop-Routing can now be ported to Distance/Path-Vector protocols. BGP is a Path-Vector protocol, uses the Bellman-Ford algorithm, and adds further information to compute the full path between two nodes. Our distributed centrality computation can effectively be used in BGP, as we have recently shown in [3]. To prove that the convergence of Internet can be speed-up exploiting Pop-Routing, we need to test the distributed centrality computation on the BGP extension supporting Pop-Routing and measure the actual speed-up on a real implementation on sufficiently large topologies. To achieve this goal Internet on FIRE will pursue three goals, corresponding to three Work Packages: 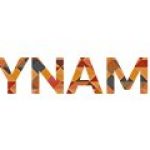 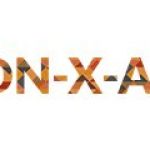