Industrial grade performance of proprietary wireless networks has become a reality of the open Internet of Things through a revolutionary low-power wireless technology called 6TiSCH.A standardization group of the same name within the Internet Engineering Task Force has since 2013 worked on a zero-configuration, IPv6-enabled solution applicable in industrial monitoring and control, smart building, home, city and agriculture space. The base standardization work is nearingend. Companies are approaching the group and enquiring whether 6TiSCH is a solution for their use cases. Before a company invests significant resources in developing and deploying 6TiSCH-based solutions, it needs to have a certain level of assurance about whether the technology indeed meets company’s requirements.The research community around6TiSCHis thriving, and regularly publishes in flagship academic venues.Research proposals, while thorough, in the majority of cases focus on evaluating specific optimizations, unfortunately mostly failing to provide the overall picture, needed by the industry.In parallel, the standardization group needs to identify performance bottlenecks that arise in different scenarios, to evolve the next generation of standards.The common point that is missing is an unbiased performance benchmark of a standards-compliant 6TiSCH solution, encompassing the core 6TiSCH documents.Thus, SODA will define industry-relevant scenarios with up to 100-node networks and execute them on two Fed4Fire testbeds, collect performance data such as end-to-end reliability, latency, duty cycle, network formation time, etc., in different propagation environments, analyze it and publish the datasets and results for public accessibility.SODA will automate the experimentation on these industry-relevant scenarios so benchmarking can remain up to date with changes to the standards and facilitate comparison with future research, resulting in continuous delivery benchmarking. SODA is supported by industry giants, chairs of the 6TiSCH standardization group, and the lead of the academic initiative on standardized benchmarking in low-power wireless networking. 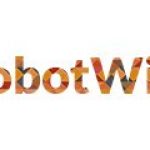 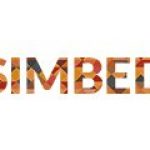