In wireless networking R&D we typically depend on experimentation to make realistic evaluations, as simulation is inherently a simplification of the real-world. However, experimentation is limited in aspects where simulation excels, such as repeatability and reproducibility.Real wireless experiments are hardly repeatable. Given the same input they can produce very different output results, since wireless communications are influenced by external random phenomena such as noise, interference, and multipath. Real experiments are also difficult to reproduce: either the original community testbed is unavailable -offline or running other experiments -or the custom testbed used is inaccessible.Fed4FIRE+ wireless testbeds such as w-iLab.t and NITOS, although deployed in controlled environments, do not fully address the problem. The CONCRETE tool used in such testbeds assures the repeatability and reproducibility of experiments, but ignores executions whose results are also representative of the system operation and often reveal unpredicted behaviour that shall be evaluated.What if we could make any wireless experiment repeatable and reproducible under the same exact conditions? What if we could share the same Fed4FIRE+ testbed execution conditions among an “infinite” number of users? What if we could run wireless experiments in faster than real time?INESC TEC has been developing an approach that combines the best of simulation and experimentation to enable exactly that. By relying on Network Simulator3 (ns-3) and its good simulation capabilities from the MAC to the application layer, we have been exploring how ns-3 can be used to replicate real-world wireless experiments.The SIMBED project aims to run a set of wireless experiments on top of Fed4FIRE+testbeds to further validate our approach. For that purpose, we will leverage our custom ns-3 model, its companion tools, and the Fed4FIRE+ w-iLab.t and NITOS testbeds enabling indoor and outdoor wireless experiments with the recent Wi-Fi variants. 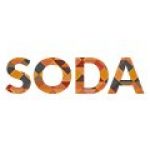 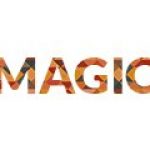