Customers of Internet services are becoming more demanding and volatile.To gain competitive advantage network operators are focusing their strategy in delivering the best quality of experience (QoE) to their customers in a daily effort. Today, independent benchmarking companies are hired by network operators to run drive tests in certain geographical areas. The high cost for running these tests results in a low frequency of execution. In this context, ALLBESMART has been developing an affordableQoE analytics solution (UXPERT) for cellular and Wi-Fi networks. UXPERT is composed of radio probes (UXPROBES) and a complete set of analytics tools and dashboards (UXBRAIN). This experiment combines3Fed4FIRE+testbeds: PerformLTE, NITOS and City of Things to calibrate, test and showcase the UXPERT prototype in realistic settings.

The experiment is structured in three phases:

This Fed4FIRE+ experiment would enable us to speed up our UXPERT prototype demonstration in operational environment(TRL7), complete it and qualify it for commercial adoption (TRL8). 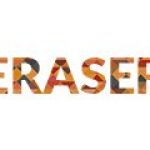 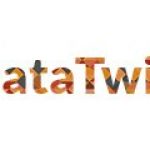