The accurate weather forecast has become more demanded in cities around the world. Smart-Cities are increasingly relying on it for their urban infrastructure and residents’ safety, by for example triggering longer green lights for cyclists on traffic lights, when the forecasted rainfall intensity reaches a critically high value. With the recently commercialised X-band weather-radar technology in the cities (like Rotterdam, the Netherlands), we can now measure the rainfall much more accurately, down to the street level (50-100 meters).

The only challenge for this technology to be effectively used as described above is to also produce the forecast accuracy in the coming hour, to be just as trustworthy as the X-band radar measurements are (precise area and rainfall intensity). This experiment aims to combine the newly deployed, unique X-band weather radar technology in the city centre of Rotterdam, with the HPC computing power of GRID’5000, in order to develop a new Machine-Learning (ML) framework, resulting in improved rainfall ML-forecast.

We will be experimenting and implementing solutions using multiple ML techniques, among which we will use different flavours of Neural Networks (NN) and K-Nearest Neighbours. The final outcome will be the automated process for training the model with new data and the prediction model itself. 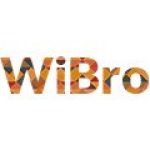 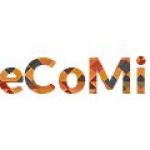